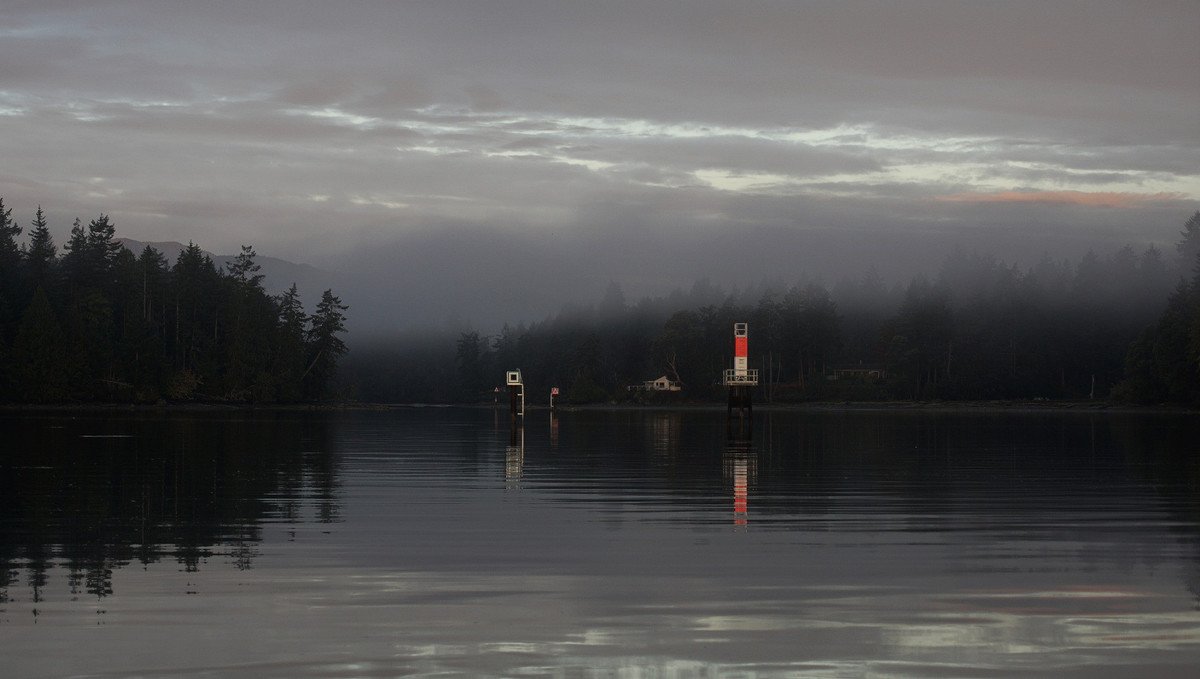 Everytime I write my yearly review, I panic a little. I have a good memory for past events, languages and people, but when it comes to remembering what I've done in the year my mind draws a blank. I can't recall anything, and default to thinking that haven't done anything. I am getting better at documenting what I do in the year though, I've found it to be a good way to prove to myself that I am so, so wrong and that I've done plenty.

It pains me that I have this fear year after year. I wonder if I'll ever allow myself to believe I've done enough.

I found this toot on Mastodon a while back, I copied the text into a file on my desktop as a reminder to myself. Written by @emenel@post.lurk.org :

"A big warning sign for when I’m slipping into late-capitalism-FOMO is when I start to worry about “doing enough”... enough for who? Enough for what? If it’s abstract and anxious then that’s a different stress than trying to achieve a goal. Am I doing the thing because I have a desire to do it? Or have I started thinking about what other people do, wasting time, feeling bad about not doing enough? If the latter, it’s no longer my own desire to do this thing."

It sums up my feelings perfectly. I'm getting better at doing something because I want to do it, and because I care, not because it is a thing I feel others would like to see me do (even if it has less value to me). 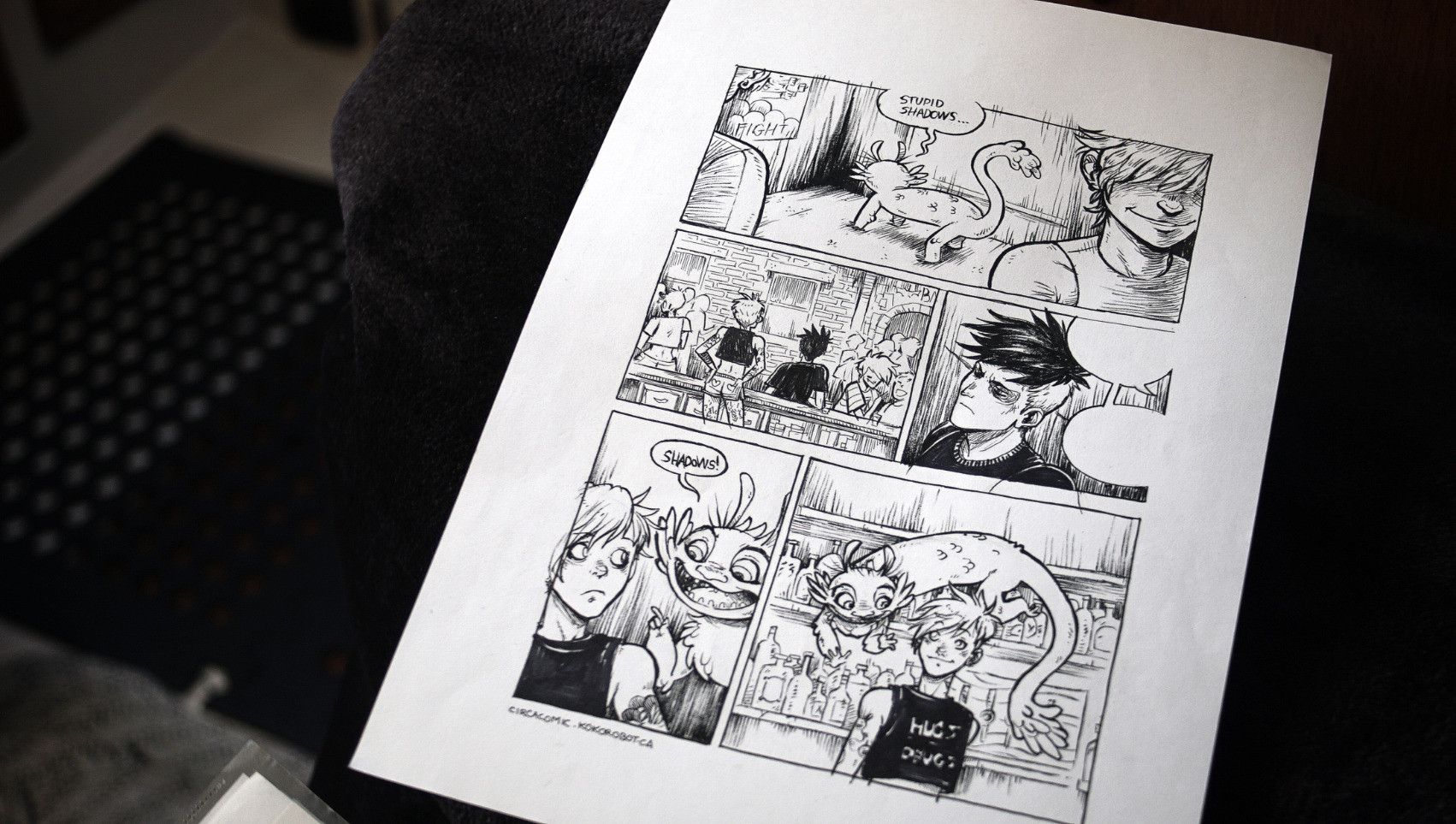 For instance last year I was working hard on Circa, my webcomic. I thought that a comic was the very best way to tell that story. I illustrated two chapters, but then it became a chore. This is not the first time I've started a comic that I haven't finished. I'm hard on myself, for never completing them. It made me angry that I was failing again with Circa. Why couldn't I do this? Did I really want to make a comic? Was it important that the story be told in that format? No. The reason I chose it was because I thought it's what others would prefer. Ha, there it is.

In the early 2000's my personal website was a wiki centred around a story. There was a section for characters, another for fiction, comics and art, all the content served to expand on their world. I realized that a wiki was the perfect way to tell this story. I want to dive deep into that world, and to detail it using a variety of techniques, whether it be illustration, games, poetry, or writing. And so, my goal is to turn Circa into a wiki. I've already written a short story called Go North, a sort of vignette involving Sy and Token.

I have finished writing Wiktopher. It was my goal to finish it before the end of 2021. The story is written out, but I am still fixing mistakes, and re-phrasing bits here and there. Overall, I am very pleased with it. I have plans to make it into a e-book. I always thought it would be difficult to end this story, but it was easy. I knew the end when I started, and that is rare for me.

This year we turned 100r.co into a wiki, and I've been adding entries, drawing images, or making corrections to it almost everyday since. My feelings of not doing enough often stem from realizing that this is what I get to do everyday, and it feels like I'm cheating, that I am pretending that it's work when it isn't, that it isn't worthwhile or important because it is too much fun. I know why I feel this way, because my brain will never allow me to enjoy things, it prefers to make me believe that work, REAL work, ought to cause me pain. If I am having fun, than it's not really work and I am just 'messing around'.

I am beginning to accept my work as 'real work', but whether or not it has 'worth' in the real world is something I am still struggling with. Do I have to be curing rare diseases to believe I have worth in the world? Again, my brain would likely not think it enough. I know what I am good at, and my battleground does not have to span the earth. 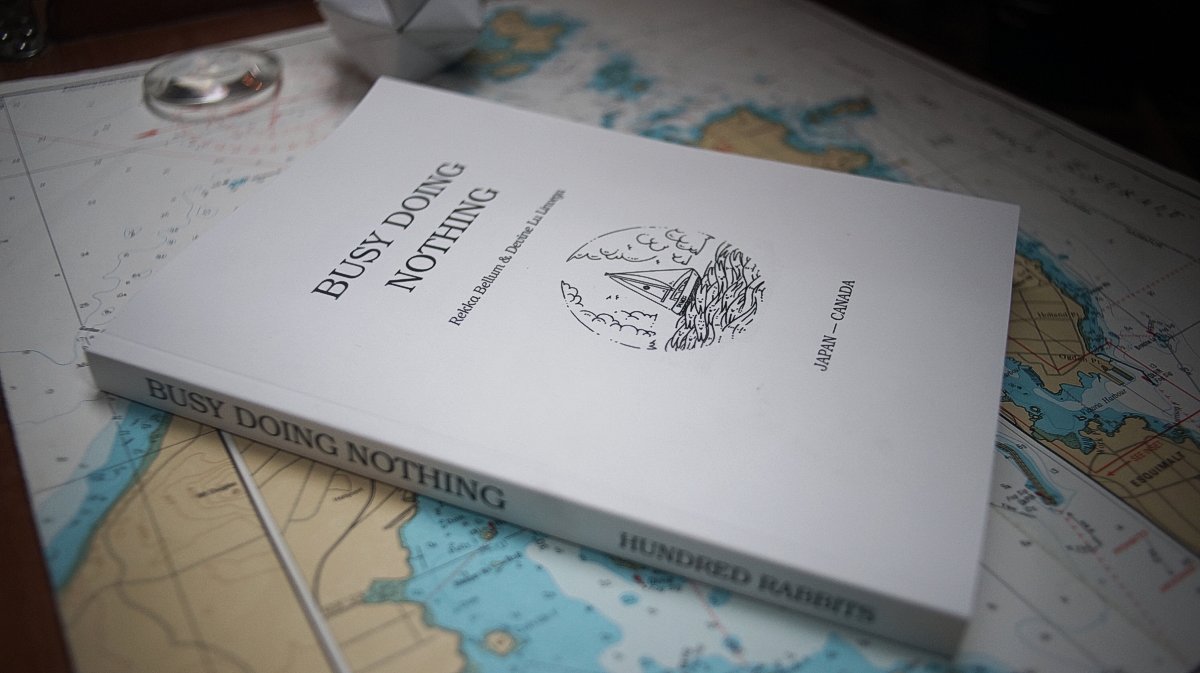 I finished writing the extended, corrected version of Busy Doing Nothing this year. I am very proud of that. It was my first time making a book like this, and I'm especially proud that it was built using free, open-source tools that are available for everyone (Pandoc). It was first published as an e-book, and later in the year as a physical book. It took me a while to decide whether or not it was a good idea to print it, because I struggled with the idea of producing new, physical works. In the end, I thought that the book was more likely to last as a physical copy than as a digital book. My hope is that people pass their copies around, rather than reading it once and keeping it on a shelf. 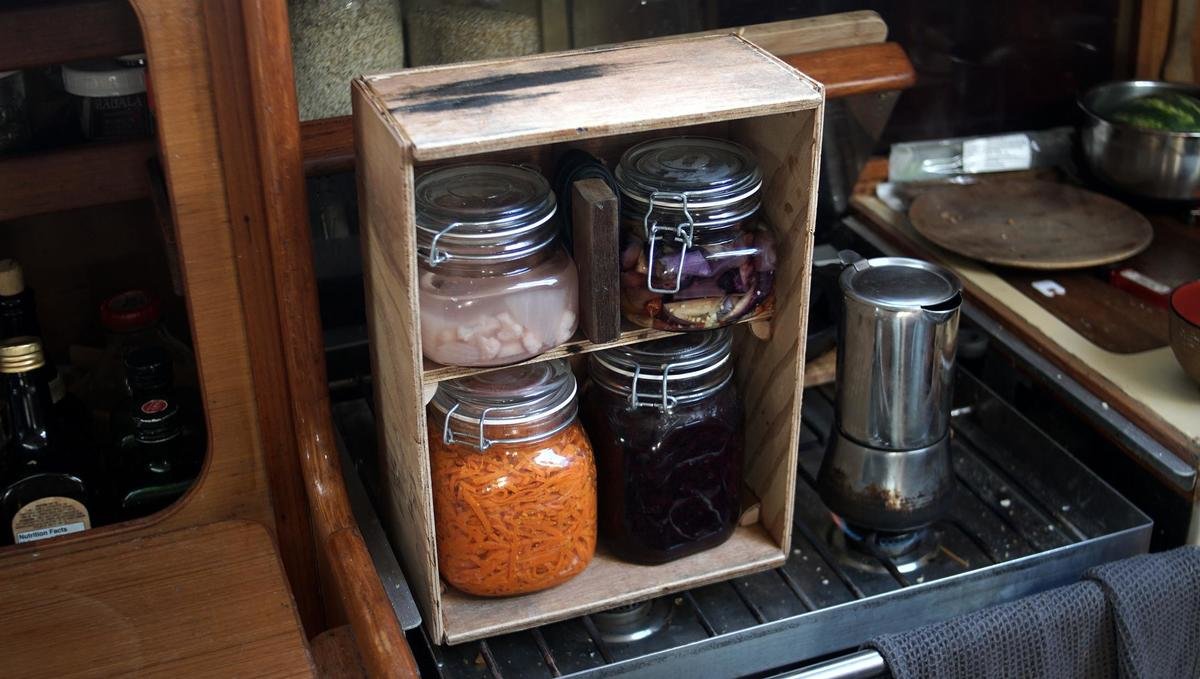 This year we stayed in the Victoria Harbour from January to June because of engine issues. It wasn't all bad though, because the pandemic was raging, and we had our own little micro-community of liveboards in the marina. We continued to experiment with fermentation, with my favorite mix being cauliflower and red onions, as well as eggplants with chilis and garlic. Living without a fridge has never been more pleasant. It changed our lives. I also found us a grain mill, and with this we can grind our own everything and extend the shelf life of many of our staples. We also started making our own tofu from scratch. We had tried before, with little success but now we got it right and we are comfortable making it once a week. That was an important goal for me. 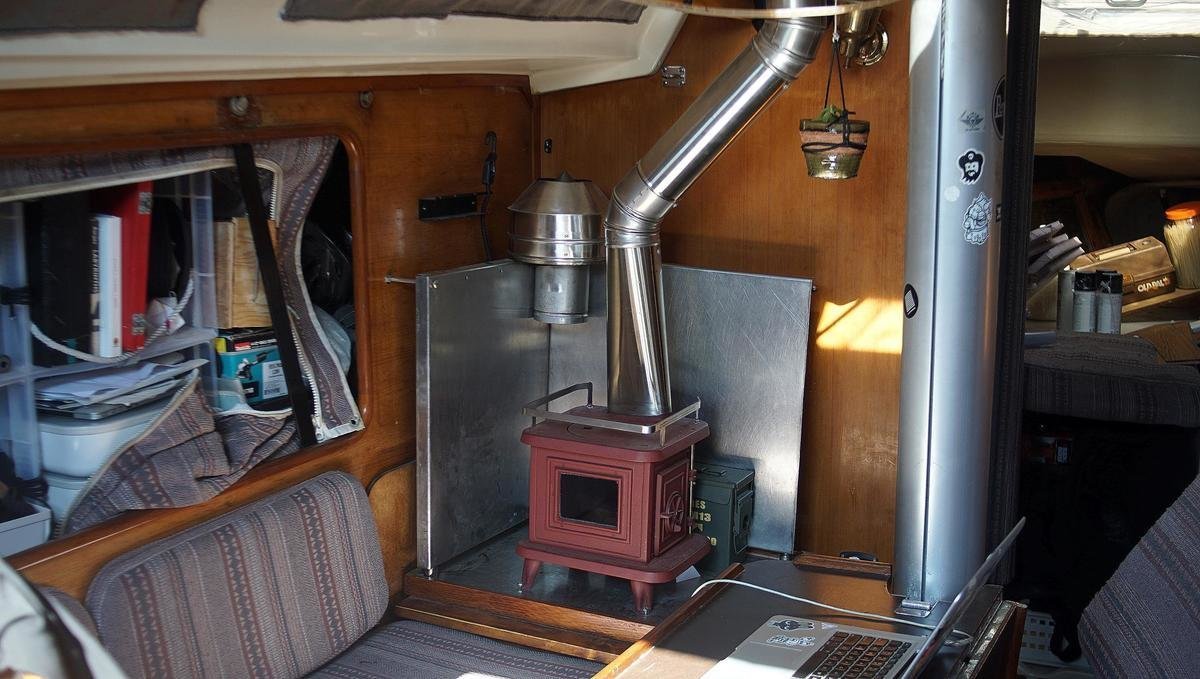 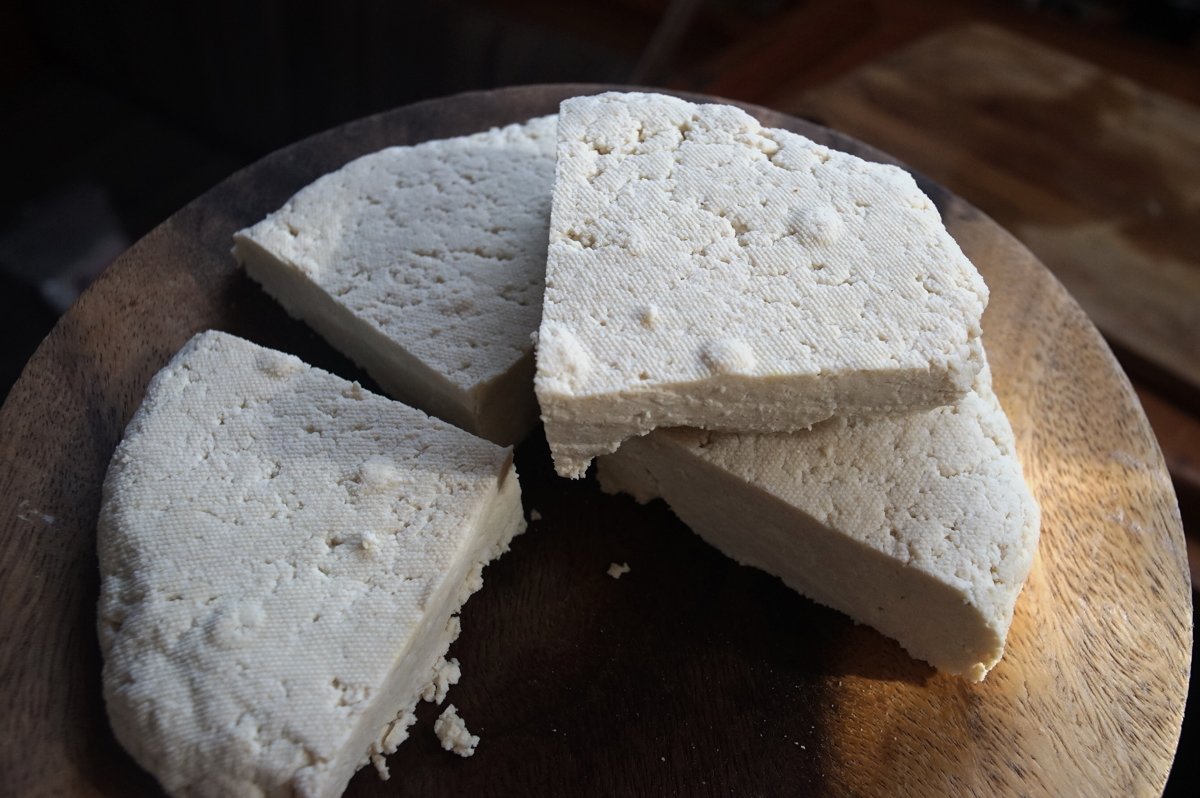 We installed a small woodstove aboard Pino. The last thing we want is to be cold because the power is out, or because there is a supply chain problem and we can't get parts to fix a complex electric heating system. Getting anything boat-related is still difficult today, made worse by climate issues like floods in the fall, prolonged arctic cold spells in the winter, and severe heat waves and forest fires in the summer.

As I am writing this, our marina docks are frozen solid. The washrooms are closed because the system too is frozen, and the boat that empties holding tanks is not running either. All the liveboards in the marina are trapped with their own shit, literally. I am at this moment thankful for my dry toilet.

We started cruising very late in the year, we explored the Southern Gulf Islands, places we'd never been before like Saturna Island, and Galiano Island. We found a used hard dinghy to replace Iggy. While cruising in the area, we found it difficult to fill our water tanks. The drought spanned the entire summer, and the islands couldn't spare any water for visitors. We used the water in our tank frugally. We were comfortable in this, used to long ocean passages where it is necesary to limit our usage.

We returned to the Victoria docks on October 1st, with plans to winter there again.

So voila, 2021. It's over, nearly. Main take away? Socialize, you need it Rek. It's good for your self-esteem, and even if you dread it you are always happy you went, remember that. You are doing doing enough, even if many of your tasks these days aren't of a creative nature they are important, and it's okay to feel happy about doing these sorts of tasks, they aren't lesser, you are allowed to enjoy them. Be more tolerant, anger looks terrible on you, and it makes you, and others feel like shit. Also, you love computers too much, but your eyes suck. Spend more time away from the screen, you hopeless addict.

To end, I'll say that my favorite book of the year was The Summer Book by Tove Jansson. Give it a read, if you can. It's a good one. Favorite films watched this year include The Dresser(1983), Santa Sangre and Shoplifters.

Resume of the year

Go back to yearly reviews