"Yufo's planet got drunk, so now they're stuck in limbo-verse, waiting till things improve at home. Another creature lives in limbo-verse, with the ability to either ensure its safety, or its demise. Let's hope the creature is kind..." 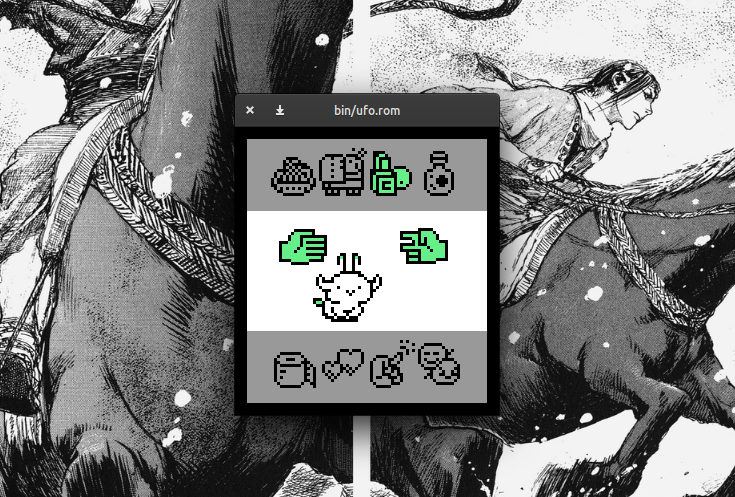 While doing research for the project, Devine stumbled on the lore of the Tamagotchi game, and it is GOLD:

"The Tamagotchi are a race of aliens from the far distant Tamagotchi Planet, described as being "millions of miles" from The Earth. The Tamagotchis lived peacefully on their planet until one fateful day, when a disgruntled Oyajitchi (a pervy, alcoholic old man's head perched on a pair of skinny legs—where does the alcohol go? Who knows!) made the Planet drink his bottle of sake, causing it to become drunk. With the Planet uninhabitable, the Tamagotchis fled aboard UFOs to find another planet to live on while waiting for their home to sober up.

One night, Professor Banzo, owner of the Strange Biology Institute, was sulking on a bridge over Sumida River after suffering a broken heart. Suddenly, a UFO from space collided with him and knocked him into the river. He brought the UFO to his lab where he and his assistant Mikachu tended to the aliens inside. In order to allow the aliens to live on Earth safely, Banzo constructed the "Tamagotchi House" (たまごっちＨＯＵＳＥ), an egg-shaped device that allowed the Tamagotchi to be cared for with a screen and simple controls." continue reading on the Tamagotchi story. 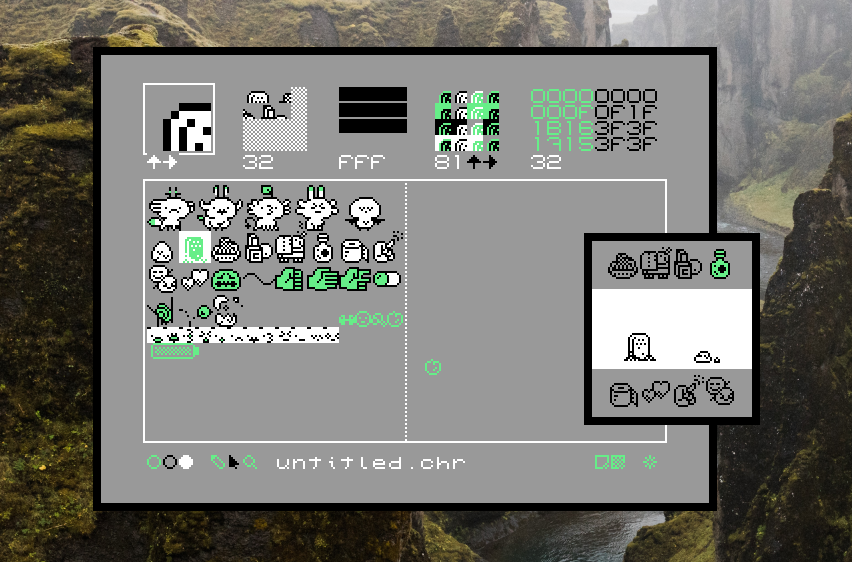 Of course, the North American version of this story leaves out the Planet becoming drunk, instead saying the Tamagotchi have 'come to study what life is like on Earth'. So, instead of the Tamagotchis people being galactic refugees, now they're... tourists? Yeesh.

Since the Tamagotchi people made it to earth aboard UFOs, we thought we'd call the project YUFO, using the Japanese katakana pronounciation of the word ユーフォー, without the long vowel sounds (denoted by a dash). 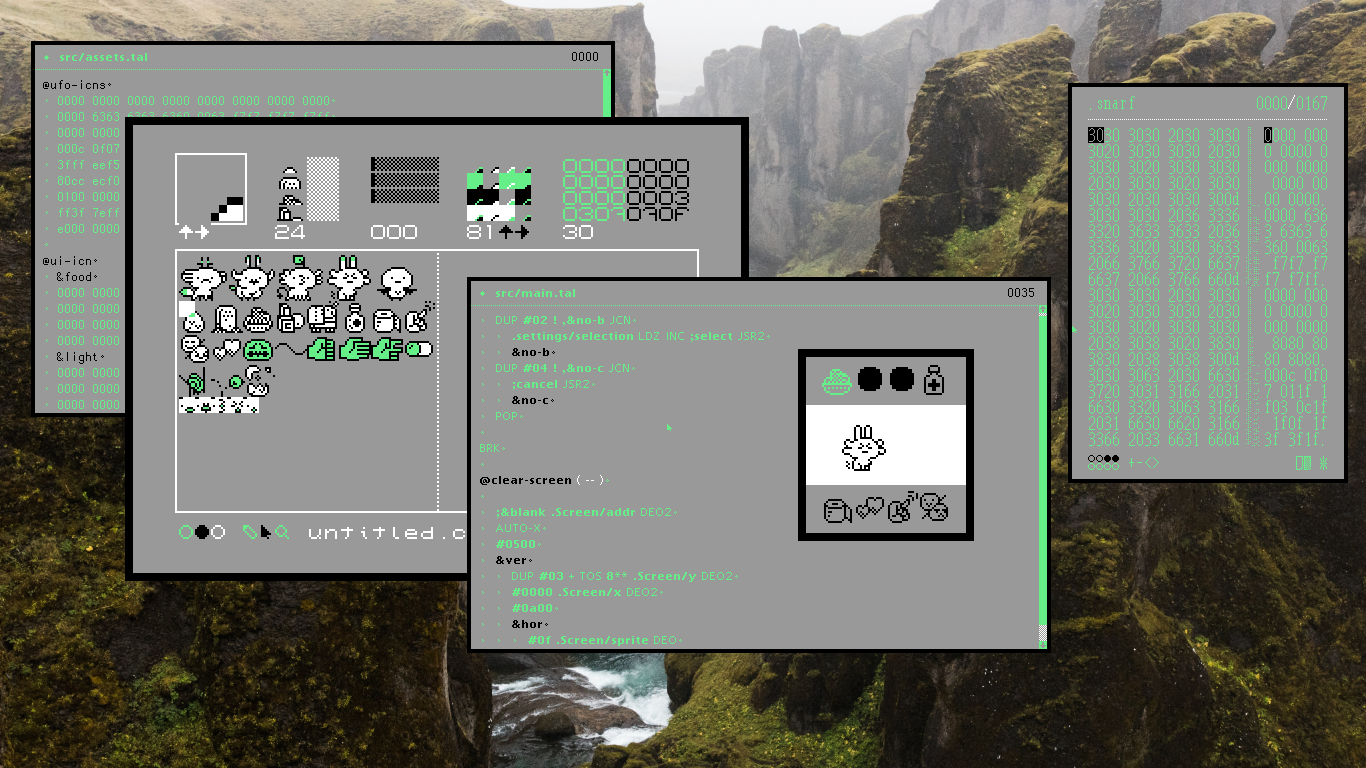 The sprites of the game were made with Nasu. YUFO has the same basic mechanics as a Tamagotchi, you can wash it, feed it, play with it (by way of playing rock, paper scissors), you can also give it medicine when it's sick, make it rest, scoop up its deposits, or check its vitals (hygiene, hunger, fitness and happiness).