Because I don't always have a lot of power available on the boat I have a two workstations, one for regular usage and the other for low-power situations.

I draw by hand a lot, and digitize the drawings by photographing them (I don't own a scanner) and cleaning them up in Gimp (threshold). Most of my art nowadays are line drawings, which take up less space, and are easier to process with simple tools. I like to dither (using didder) my art to save space, but also because I like the look.

I use Obi, a Macbook Air 2013, it presently runs the community version of Manjaro(i3), the laptop was donated to Hundred Rabbits by Lloyd Williams. 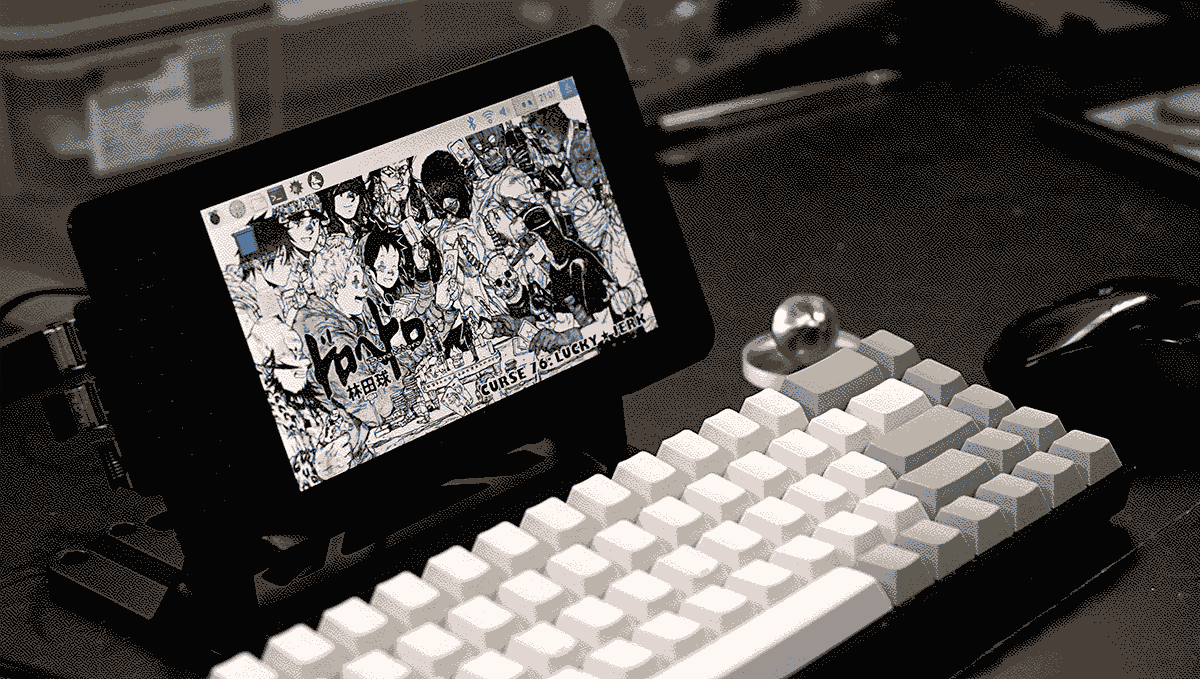 I write using Left on my Raspberry Pi. 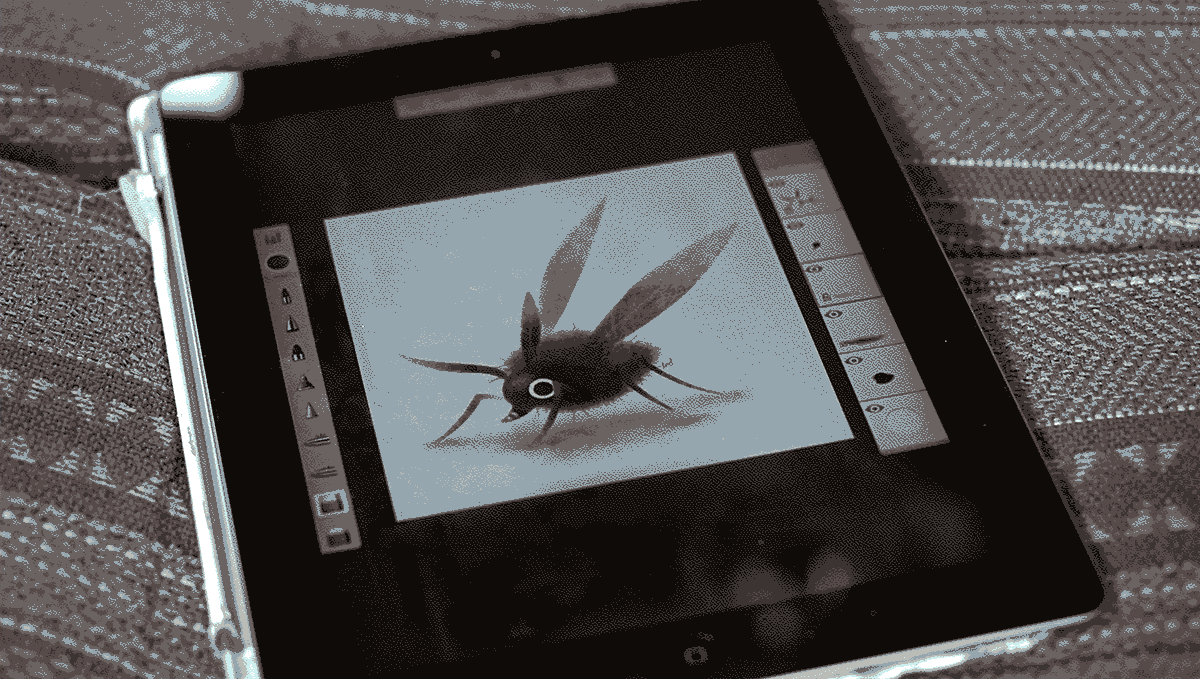 I can draw on a Pi using Noodle. I also use an old Ipad 2 to draw using Autodesk Sketchbook (no stylus). It isn't the best software ever, not sure I'd recommend it, but I use it since I have it. The Ipad 2's battery lasts a long, long time, and it charges quickly. The goal would be to use Noodle on it too. 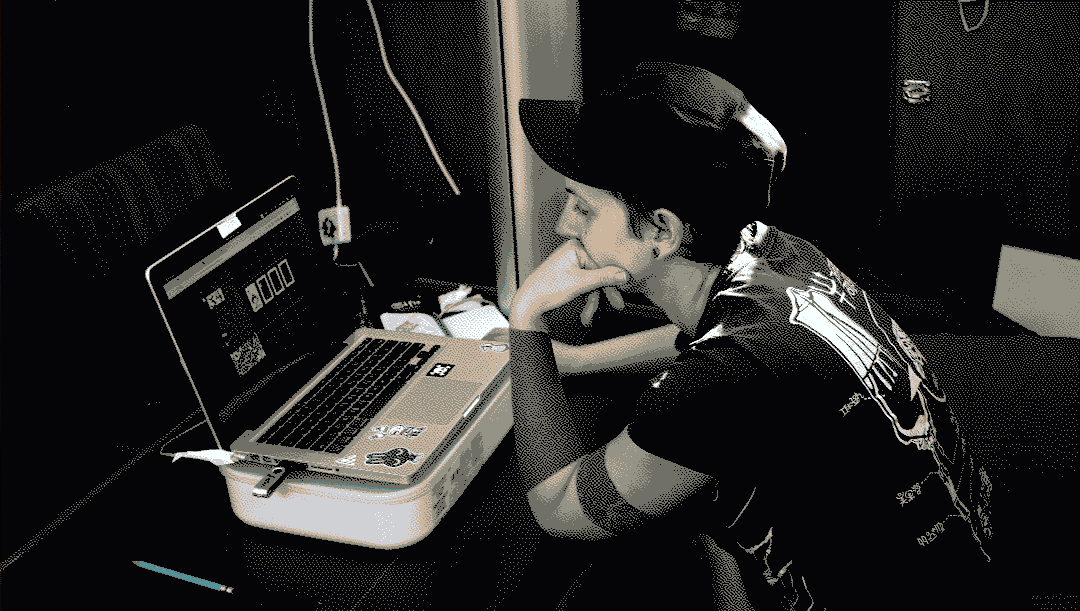 When I have access to shore power, I use Vincent, an old 2010 Macbook Pro with the ElementaryOS Linux operating system, a generous donation by my friend John Eternal.

It draws more power than Obi, and the battery is mostly dead (it has 5 minutes of power independence). I've replaced the battery twice, the first one was a third-party battery and it lasted a year, the second was an ifixit battery and its performance has also died quick.