Hakum follows two Hegata groups: The solomons devils (Solo Devs) and the ars goetia, as they fight to protect the Taiga from humans. Both have similar visions of the future, but bicker on how to best build/destroy the road to get there. The story touches on mental health, and conservancy.

Hegatas are half-demons, descendants of the Eidola, an immortal race of giants whose time on earth preceeds humans. Some pure blood Eidola remain, but most lie dormant in the Taiga. Both the Solomon's Devils and the Ars want to keep the Taiga intact to ensure their safety.

Hegatas live longer than humans (a hegata insult for humans is half-lifers), but not as long as their ancestors. Most age slowly. Some hegatas can heal their bodies quickly, others have other more unique talents...

The characters of Hakum are...

For now, the comic is non-linear, and I update it sporadically. The comic is drawn by hand, and inked with a dip pen. Shading is done with halftones handmade in Gimp. Because I have to resize the comics for the web, the haftone isn't as apparent (every page is 25% of its original size). Previews below are 50% of the original file size. 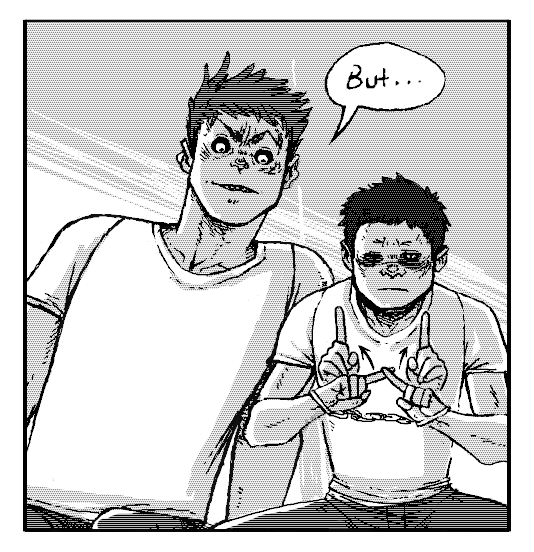 Context: After his accident, Hakazi is incarcerated in Liskar. His injuries make it difficult for him to communicate, and he feels more alone than ever, but his stay there is made better when he meets a fellow inmate. (CW: violence, blood). 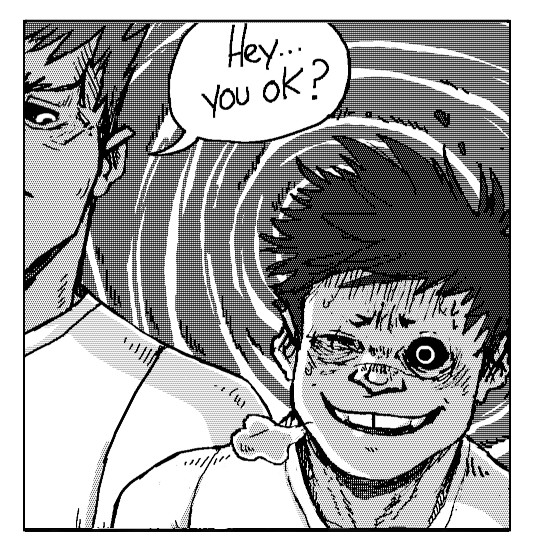 Context. Hakazi and Ikkard have been in Liskar together for 3 years, but now an event threatens their friendship and Hakazi isn't sure he can survive another big change... 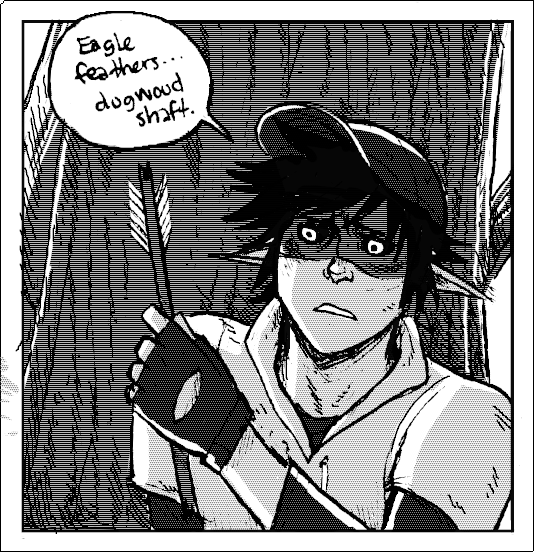 Context: Many human hostiles go to the woods with the goal to hunt Dae(also known as the ToT, the 'Terror of the Taiga'), and the Solomon's Devils down. On one of his runs, he stumbles on a camp. Dae is worried, and decides to go and take a closer look. (CW: violence, blood). 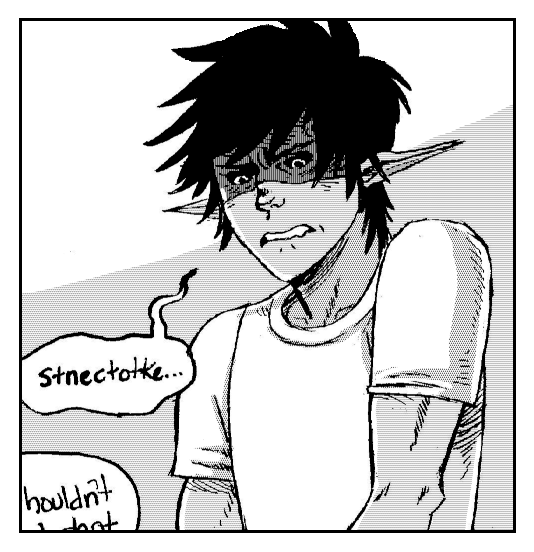 Context: Dae is on the mend, but impatient. He is staying in Kozi's clinic. Seir, head of the Ars Goetia, and an old friend, comes to see how he's doing. Seir thinks back on the time when he fist met Dae. 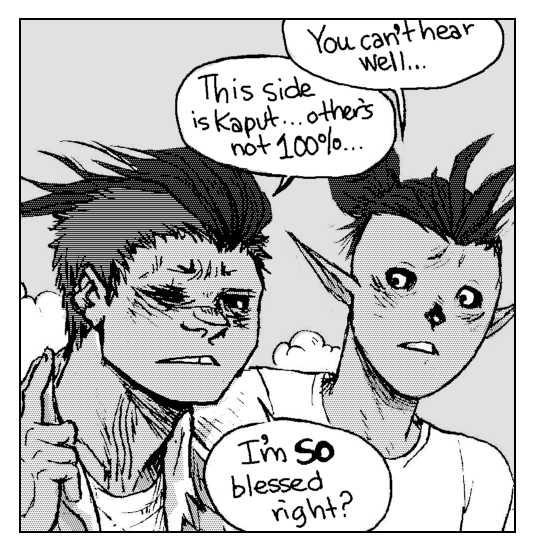 Context: Yegon(formerly, Hakazi) was shot in the eye during a Solo Devs mission in Ren Creek, his group thought him dead. After recovering he was incarcerated in Liskar. Yegon and the Solo Devs crossed paths again 6 years later. This moment is a few months after Yegon is back with the Solo Devs. Kaddali now heads the Solo Devs, and under their leadership the group is doing better than ever. Yegon, on the other hand, feels bitter about what's happened to him, and has difficult accepting the fact that his former group has been thriving without him. Kaddali wants to be closer to Yegon, they still have feelings for him (they were dating prior to the accident), but because of how closed-off and bitter he's become it is not easy.